A downloadable game for Linux

Use your tactical skills on a hex grid with fast-paced ‘one-tile-per-turn’ mechanics inspired by traditional roguelikes, but with a fluid, modern feel.

Manage your ship's heat, energy, and other resources, while realistic combat mechanics simulate damage to the individual components on your ship. Each weapon, engine or utility item can catch fire, leak power, and acquire many more status effects.

Freely traverse a procedurally generated solar system with handcrafted elements. Factions and NPCs pursue research, trade, construction projects, and other goals irrespective of your actions – though your actions affect their success or failure!

Use your growing reputation and influence to acquire more powerful ships and equip them with countless weapon and utility combinations. Acquire new piloting abilities through a flexible skill tree, and research relics to unlock new powers and equipment.

Movement rules based on actual space physics: motion in a straight line is free, but turning, starting or stopping cost energy.

As used here, a roguelike RPG is a game that has many of the usual features of RPGs, such as character progression and a detailed fictional setting, but also has a lot of procedurally generated content. This makes such games highly replayable, since they are different each time you start a new game, but it does mean the storytelling may be different from what you’d expect in a non-roguelike RPG.

In Relic Space many missions and dialog elements, for example, are randomly generated – though there is also a handcrafted main storyline similar to what you’d find in other RPGs. Also, as in the original game ‘Rogue’, in Relic Space you control only a single character (starship), rather than a whole ‘party’ (fleet). This focus allows for a deeper and more complex simulation of your individual starship that can still feel fast-paced and fluid.

A free Demo version of the game is available to download from this page. The Demo contains appoximately 1-3 hours of gameplay, including the introductory chapter of the main story. Please note however that it does not represent a 'finished' section of the game, as all aspects of the game are expected to evolve further during development. For example, the full game will include many more ships, equipment types, random mission types, etc. some of which would be accessible from future versions of the Demo.

To follow development or support the game please use the follow button at the top right of this page. If you are a user of Steam, please Wishlist the game via the Steam Page.

This is really well made! good job, can't wait to see more!

Are you planning to make this pay to play in the future?

Hello, thanks for the question, as with my previous game Xenomarine, the full version of the game will be pay to play when it is released, but the Demo will continue to be available to free. Both versions will receive updates.

This demo is really polished. I don't think I have noticed any bugs or glitches in the game. This game overall is really fun. I like the real time battle kind of gameplay and the amount of branching upgrade paths I can take. The game's graphics is really good too! It was a very enjoyable experience and I can't wait for the full release! I hope development is going well!

Hi! I've played Relic Space and write a "small review" on my blog, hope to get you motivated to let Relic Space become even better: https://randomtower.blogspot.com/2021/12/relic-space-review.html

Hey there, thanks for the review! I think you're right that the issues you mention are general ones for roguelike games, which are often designed more around progression mechanics than narrative, but I will definitely bear your thoughts in mind as I develop the narrative, as my aim is to also make story and characters engaging in their own right.

cool, if you have resource open a little bit on mods on this side can help too 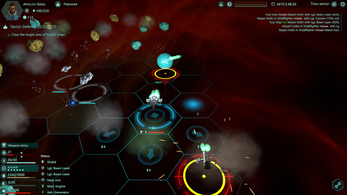 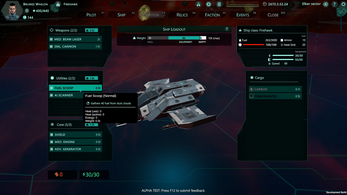 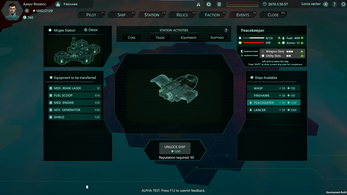 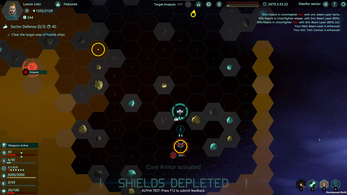 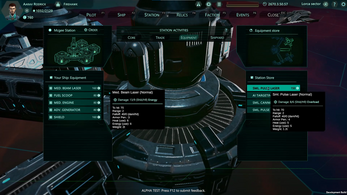 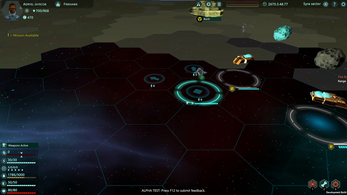 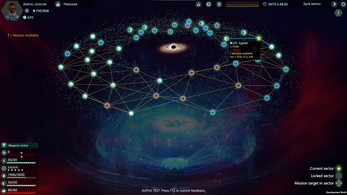 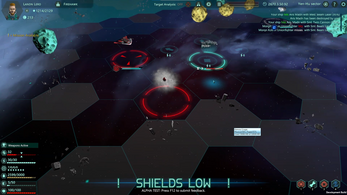